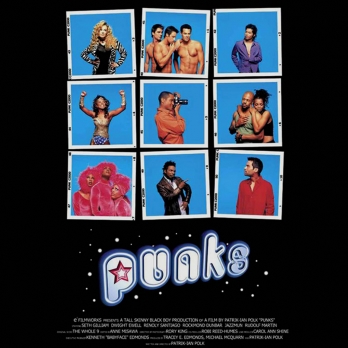 I had taken a break from film to star on Broadway when a respected actor friend, Seth Gilliam, recommended me for this indie film to be produced by Baby Face’s film company ‘Edmonds Entertainment’.

The script was hysterical, I didn’t mind that the characters had alternative lifestyles following my previous role as Sally in Con Air.  I thought it had meaning and the cast was terrific.

I had a really fun time making this, it was like a party that wouldn’t stop LOL.

From Wikipedia, the free encyclopedia (following)

The film follows the trials and tribulations of a group of gay African American friends. While black gay life is explored in the film, universal aspects of friendship plays at the plot’s forefront. The film’s themes were later used for the 2005 LOGO cable television series Noah’s Arc. The film has made its television debut on LOGO on August 7, 2011.