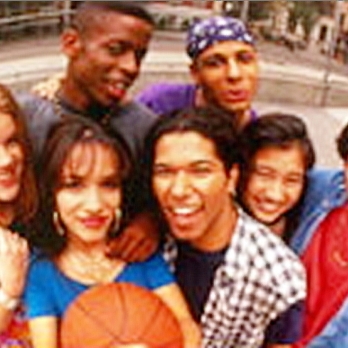 City Kids is a theatre group I was in during my teens while I was pursuing the Arts.  We had a blast. It is a youth empowerment organization with a Rep. company of kids from different backgrounds, races, rich, poor, from all over New York.  I would come in from New Jersey just to be a part of it.

We performed across the States, on TV, in schools, shelters, centers, events, it was great.  It was a beautiful place to grow, stretch and go a little crazy as kids, we had so much fun. We even got our own series off of it on ABC Saturday mornings.

Quite a few of us went on to serious entertainment industry careers; Malik Yoba, Donald Faison, Lisa Nicole Carson, Sarah Paulson and film director Kevin Jordan to name some.

Renoly co-wrote the pilot episode of the show which received an Emmy nomination for Outstanding Children’s Special that year!