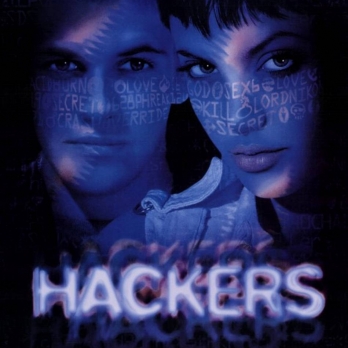 I was excited to leave the country.  We did most of this one in London, England.  We had two weeks rehearsal in New York.  The cast was awesome to hang with; Angelina Jolie is such an intelligent woman, absolutely friendly and sweet.  Marc Anthony and I hung tight and stayed quite close for years to come, very nice guy.

I remember people falling all the time in those skates LOL – I didn’t fall once during lessons, then one day while filming in New York, Washington Square Park… Slam!  Right on my behind!  Food and orange juice everywhere LOL.

Hackers is a 1995 American cyberpunk thriller film directed by Iain Softley and starring Jonny Lee Miller, Angelina Jolie, Renoly Santiago, Matthew Lillard, Lorraine Bracco and Fisher Stevens. The film follows the exploits of a group of gifted high school hackers and their involvement in a corporate extortion conspiracy. Made in the 90s when the internet was unfamiliar to the general public, it is a cult classic reflective of the verbatim quotes in the film from the Hacker Manifesto, of a borderless world free of national, religious, and racial identity biases, to fight the powerful. Hackers has achieved both dated cult classic status and prescience.[3]